Evgeniya Pautova is an Illustrator and Surface Pattern Designer behind the Wow Yellow brand. Evgeniya is based in Prague, Czech Republic and she works with Publishers and Creative Brands from all around the world. 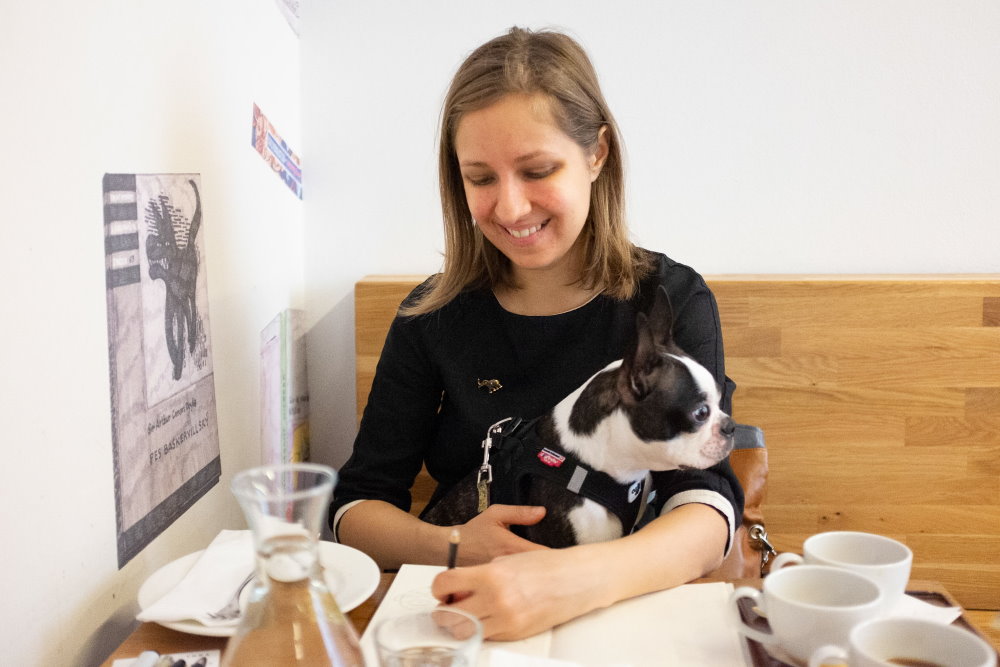 Evgeniya was born in a small town called Rybinks in 1986, she’s got her interest in drawing since the age of 4, so a bit later she went to study Fine Arts, between 2000-2004.

Evgeniya has a BA in Child Psychology and MA in Pedagogy. That’s where she got her love for teaching art and illustration.

She made a career in Graphic design between 2008-2014. Later she made a shift toward Illustration and Surface Pattern Design which is now her full-time work.

Evgeniya enjoys helping her clients connect with their audience by making really personal and fun illustrations for them always with a warm hand-drawn touch. Evgeniya works from her cozy studio in Prague which is filled with houseplants and smells like coffee.

Apart from that, she dances Lindy hop, tries herself in improv comedy, and runs Creative Breakfasts for Prague Artists. She also raises the cutest Boston Terrier named Paprika.